This weekend I lost a dear friend, a mentor, and a role model of the highest magnitude. John Goddard, world-renowned adventurer, pilot, author, and goal-achiever extraordinaire passed away Friday evening at the age of 88. He is survived by his wife, Carol, and six children.

I first learned of John when I was in college. His “life list” of 127 goals, which he authored at age fifteen, inspired me (and countless thousands of others) to elevate my own aspirations and put them to paper – then into action. His goals were extraordinary, including: 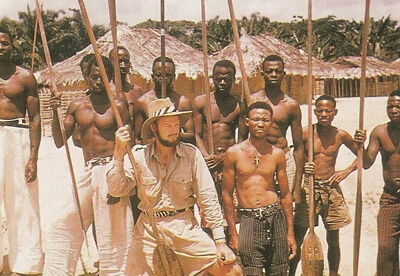 What is so inspirational is not the scope of John Goddard’s ambitions, but the magnitude of his accomplishments. 120 of those original 127 goals, as you will see, are checked off of his list.  Others he had not yet achieved (He fell short of goal number 38, “Visit every country in the world” by just 30). But still hundreds more were added to the list along the way, pursued, and ultimately, completed. His life was a testament to continuous learning and insatiable curiosity.

When I began my speaking career in 1994, it wasn’t long before I started telling audiences about John Goddard. Then, in 2002 one of those audience members approached me and introduced 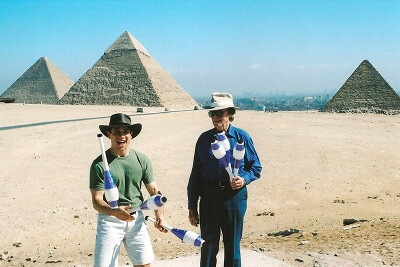 herself as John’s niece, Renee. Shortly thereafter, Renee introduced me to John, via a letter. I spoke with John on the telephone, then met him on my next trip to California.

We were instant friends. In fact, John paid me the highest compliment by calling us “kindred spirits.”

What a privilege it is to have known this man, personally. We have been hiking together in the mountains near his home. He visited my family in Atlanta. We’ve even traveled together (to Egypt, on John’s 80th birthday and the anniversary of his Nile river adventure). At the end of any of our conversations, in person or over the phone, he always concluded by saying “to be continued.” It was never “goodbye” with John, but “to be continued.” This was his way of saying that the adventure was never over, and that true friendships pick up right where they left off.

When I last saw John at his home, earlier this year, he was weakened greatly by his ongoing battle with cancer. Carol and he remained ever upbeat, loving, and generous with their time. Even in the midst of his struggle, he found a way to give encouragement and hope to me.

The last time we spoke was on the phone. The conversation was just a few minutes, and I can’t really recall any specific issues we discussed. What I will never forget, however, was the end of the conversation. He concluded by saying simply, “goodbye.”

Coming from anyone else, this word would be commonplace. From John, it was devastating.

May I pass along his greatest teachings to you? As you contemplate your own life adventure, please consider these lessons from one who lived his life so beautifully.

The list of what I’ve learned from John could continue for pages. I will always be grateful to have known, loved, and learned from him. I’ll miss him greatly, but will smile with joy when remembering his words, his voice, and his example.

Godspeed, John Goddard. And onward to the next Great Adventure.